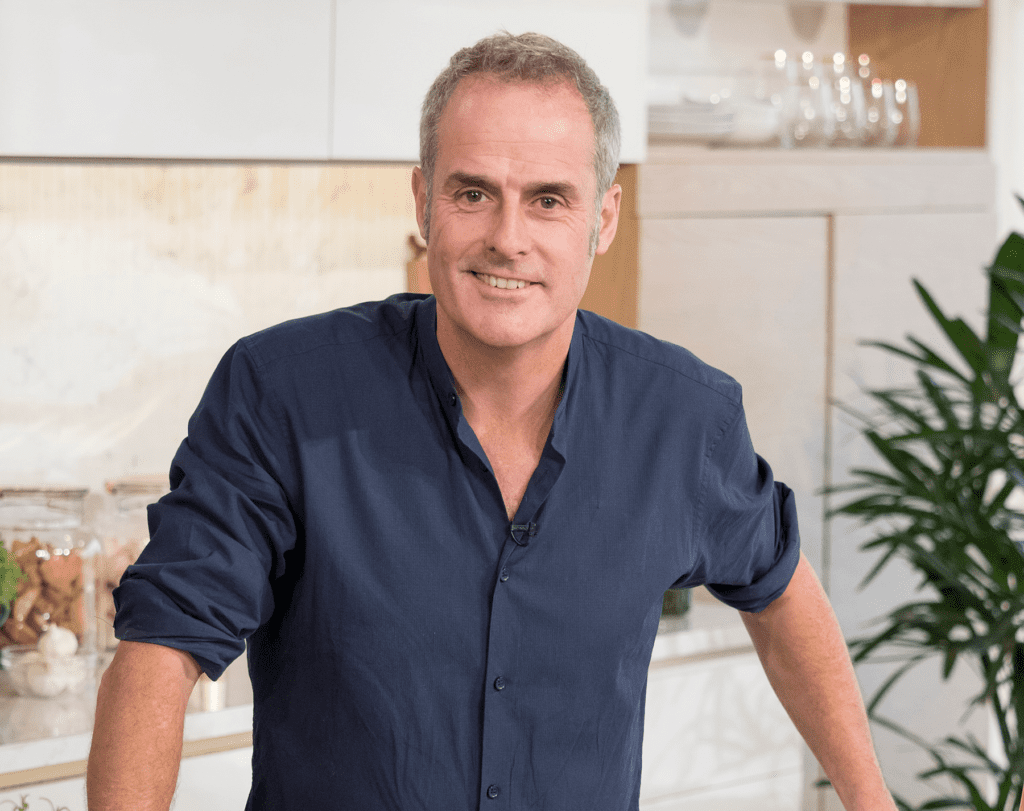 Phil Vickery, one of the nation’s favourite TV chefs, has been unveiled as the headline attraction for Shrewsbury Flower Show’s culinary stage this year.

It’s another major culinary coup for the show following on from John Torode’s hugely successful appearance last year. This year’s show takes place on Friday and Saturday, August 14th and 15th in The Quarry.

Phil is a chef, presenter and cookery book author and has been part of the This Morning television show family for many years. Three years ago he reunited with Fern Britton on screen as one of the chef judges for ITV’s hit daytime series, Culinary Genius.

Jeremy Tudor, chairman of The Shropshire Horticultural Society’s Trade Stands sub-committee, said: “This is wonderful news for the show and we are delighted Phil was able to accept our invitation to headline this year’s culinary stage.

“He is such a familiar and popular figure on our TV screens and will be sharing his experiences and skills with our visitors – it’s an exciting prospect and we are sure Phil will attract visitors from across the country.

“As well as a successful TV career, Phil is a prolific and highly regarded cookery author having written 18 books including, Phil Vickery’s Ultimate Diabetes Cookbook, which has been widely praised and has sold worldwide.

“His books sell globally and he has won many awards. He is the leading authority on Gluten-Free products and recipes and is also the National Food Ambassador for Coeliac UK.

“The extensive knowledge he has gained through all these enterprises over the years is impressive which all adds up to the prospect of a highly entertaining and informative experience for anyone attending the show.”

Phil is a chef trained to the highest standards. He began his career as a Commis Chef at The Burlington Hotel on Folkestone seafront before working his way up the kitchen ranks. He has worked at Michael’s Nook hotel in Grasmere, Cumbria, the Michelin starred Gravetye Manor in East Grinstead and Ian McAndrew’s Michelin starred restaurant 74.

Andy Rhodes, chairman of the Society’s Arena sub-committee, said: “Phil will be among several star attractions at this year’s show – other details will be revealed shortly. Our headline acts bring something special to the show each year, it’s a regular feature of the event and always proves extremely popular. Phil is going to be a big draw and I’m sure his impressive ‘CV’ will mean many people will want to attend his demonstrations to learn some useful tips from a master. His appearance at the show is going to be a fascinating experience.”

This year, due to the COVID-19 pandemic, we are holding a virtual event. This event will be made up of a variety of videos; these will include some with a horticultural flavour along with cookery demonstrations, music from The Red Hot Chilli Pipers, pony club show jumping and much much more.

Go to the Virtual Show